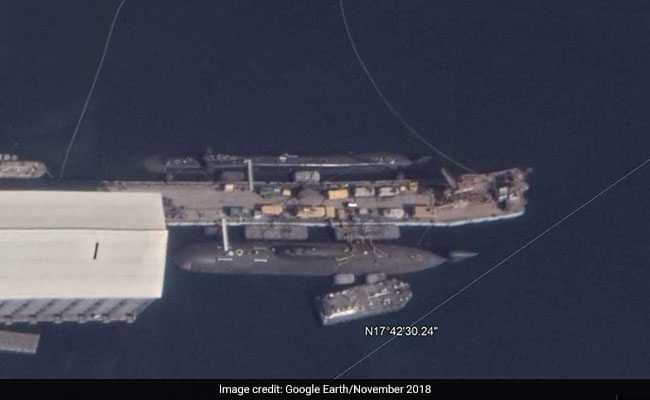 INS Arihant, India’s ballistic missile-armed submarine, was completely operational and it was deployed during the standoff between India and Pakistan post the Pulwama terror attacks on February 2019 in which 40 CRPF soldiers were killed.
The Indian Navy said that its strategic assets include two nuclear submarines, one of which was readied for fight against the Pakistani forces. The combat units of the Navy including the nuclear submarines and scores of ships, Carrier Battle Group with INS Vikramaditya, submarines and aircraft were swiftly made operational as tensions between the two nations escalated. The INS Arihant and the INS Chakra are based in Visakhapatnam.
For targeting Pakistan, the Arihant need to be deployed in the Arabian Sea. The Navy also has a submarine called the K-4 which has a range of 3,500 kilometers. The K-4 can easily target Pakistan even if the Arihant remains deployed in the Bay of Bengal. 12 Coast Guard ships, 60 Indian Navy ships, and 60 aircraft participated in the TROPEX exercises which extended from the east coast of Africa till the Malacca Straits off Singapore when they needed to redeploy.
The Indian Navy is overwhelmingly superior by being able to attack from three sides and forcing the Pakistan Navy to be deployed to the Makran coast and not venture in the open oceans. The INS Arihant completed its first nuclear deterrence in November 2018. With the inclusion of the submarine, New Delhi has completed its nuclear triad. Indian forces are now completely capable of launching nuclear-tipped weapons from the air, land and sea.
According to Reuters, “sparring between India and Pakistan last month threatened to spiral out of control and only interventions by US officials, including National Security Advisor John Bolton, headed off a bigger conflict.” The report says “at one stage, India threatened to fire at least six missiles at Pakistan, and Islamabad said it would respond with its own missile strikes ‘three times over’ according to Western diplomats and government sources in New Delhi, Islamabad and Washington.”